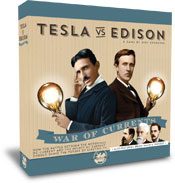 It was the end of the 19th century, and the War of Currents had America under its spell. Nikola Tesla versus Thomas Edison. And not only them, but also other inventors like Thomson, Maxim and Brush competed for supremacy in America's electric light and power industry. Will you come out on top in this battle of electrical innovators?

Tesla vs. Edison is an exciting strategy game, in which two to five players compete to run the most successful company. The game is already funded on Kickstarter, and has collected over 700% of its minimum goal. Unfortunately, this is only an English version of the game. We want to use Spieleschmiede to make a German version possible. Additionally, because the English campaign is almost over, we also want to give English speaking European supporters a chance to get the English version of the game here as well.

... is an easy to learn but hard to master game. Two to five players, 12 years and up, will assume control of a electric company in the late 1800's. Not only the companies of Tesla and Edison, but also those of others inventors such as Thomson, Brush or Maxim. All innovators who tried to make their technologies supreme in the War of Currents.

You'll use your research, and secure your inventions with patents. Propaganda was an important part of the conflict, and will be used to determine which technologies each of the different cities in the USA want to adopt. There are also auctions in which you'll be able to win other luminaries like J.P. Morgan (a banker) or George Westinghouse (an investor) to support your company. 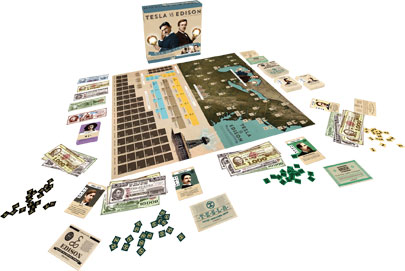 But that's not all. The War of Currents wasn't only fought in laboratories and back-rooms, but also on the stock exchange. You'll be able to buy shares of your competitor's companies. And then by dumping the shares you can cause their value to plummet - not only earning yourself money through the sale, but also harming your opponent's companies. Every action in the game can affect your stock value, and must be carefully planned.

But we don't want to stop here. We've already begun design on the first expansion for Tesla vs. Edison. Which will add not only a sixth player and more companies (Werner von Siemens and Madam C.J. Walker), but also a 1 player solo variant, a new game board, and new scientific projects. 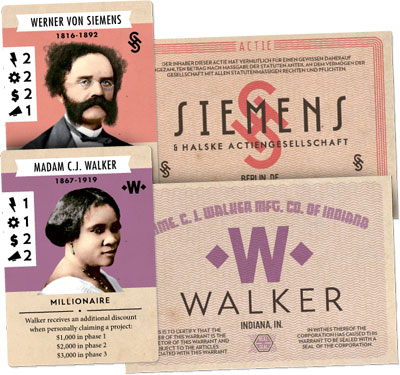 We're also planning the integration of "storytelling" game resolutions. Depending on how the game plays out, different narrative outcomes can explain the winner instead of just counting points. Conflict cards will heighten the War of Currents by providing more incentives for the players to fight against one another. And best of all, each piece will be a separate module capable of being combined as players desire. We expect to crowdfund the expansion in the first half of 2016, but for now we're only concentrating on the base game.

We sent a few reviewers prototype copies of the game, and you can check out their opinions here.

Very, very impressive...it's got a lot of stuff going on and they all really work together in concert. I'm really impressed by it.
Rahdo - Youtube-Reviewer

I have been waiting for a brutal, aggressive, area control stock game. Now I have one - and it's awesome.
Undead Viking - Youtube-Reviewer

Tesla vs. Edison: War of Currents couples an immersive theme with a game that is easy to learn and yet surprisingly deep in terms of its strategy.
Alex Rosenwald for Board Game Quest


Our goals for the project

The goal of this Spieleschmiede project is to make a full German version of the game possible. Doing this will require 5,000 Euros. Everything else that is raised on Spieleschmiede will go towards achieving stretch-goals for all backers. Because this Spieleschmiede project will run longer than the Kickstarter campaign, we can unlock even more great game improvements. For example, unlocking more luminary cards and propaganda cards or upgrading the money and card stock. Stretch goal totals are in US dollars and are combined with the funds raised on Kickstarter.

Reached - $60.000 US-Dollar - Fantasy Luminary Card #1: The supporters can vote on a fantasy historic person, that is included in the Luminary Cards.

Reached - $80.000 US-Dollar - Fantasy Luminary Card #2: The supporters can vote on a fantasy historic person, that is included in the Luminary Cards.

Reached - $100.000 US-Dollar - Premium Money: All money in the base game will be made with premium textured paper instead of standard issue.

Reached - $140,000 US Dollars - More Luminary Cards: Three more luminary cards will be added to the game for a little more strategy.

Reached - $160,000 US Dollars - More Propaganda Cards: Three more propaganda cards will be added to the game for a little more variety.

Reached - $180,000 US Dollars - Super Premium Money: All money in the game will be improved to thicker card stock. 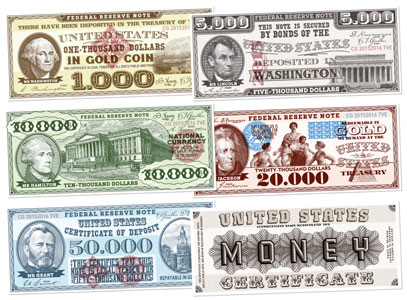 $200,000 US Dollars - Linen Card Finish: All cards in the game will have a lovely linen finish.

We're a new publisher made up of many experienced writers, designers, editors, and graphic artists. We have more than 40 years experience in the gaming industry and have always done our best to produce game with fresh themes, innovative mechanics, and smooth play.

Artana is a newly established publishing house, but it's founders have extensive experience with game publishing and crowdfunding campaigns. Under their previous name (Conquistador Games) Artana has produced twelve games primarily available in the American market

The cost calculations for the project are, in our experience and assessment, realistic. The game is for experienced gamers and we believe a recommended age of 12 years and older to be appropriate.

Our goal is to deliver Tesla vs. Edison in October, shortly before or after the Essen SPIEL fair. We'll do our best to get the game to Spieleschmiede before the Essen fair, but as always, sometimes unforeseen delays occur.

Should we not make it in time, we ask for your understanding that we still sell the game at Essen - even if backer haven't received their games yet. We can't do without this important convention.
Spiele-Offensive.de will handle the delivery of the rewards. Backers in Germany will receive everything shipped for free. For other countries see this postage cost table. 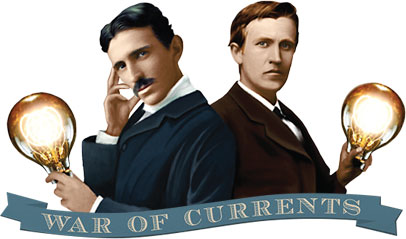 Please support Tesla vs. Edison by backing this project. You can also help us greatly by telling others about the project - whether by posting in your favorite forum, linking it from your website, or sharing it with your friends on Facebook, Twitter and Google+.

If you're excited about Tesla vs. Edison then use one of these avatars for your profile on your favorite social networks! Just right-click on the image and choose "Save Image As..." (the option may be slightly different depending on your browser). 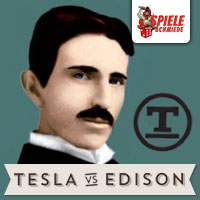 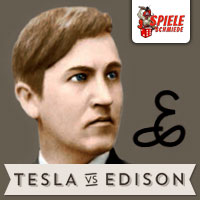 Show all
5
EURO back the project with
5 € + Lamp
Thank you for your support. You receive the Tesla vs Edison-achievement for the Spielernetzwerk.2 49
EURO back the project with
49 € + Tesla Coil
You´ll receive one english copy of Tesla vs Edison.8
Additionally, there are the following optional rewards available:
Here you can change or add something to your contribution:
Manage Contribution.