Take it or leaf it 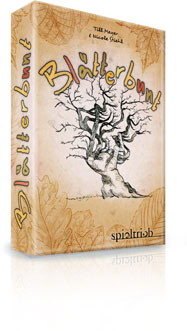 When the leaves are spiralling downwards in fall and the wind whips them up for a dance ... Can any player turn over a new leaf? Only the necessary skills will gain you victory in this airy game!

This is the fourth game in the crowdsourcing series Little'N'Nice by Spieltrieb: Take it or leaf it is an exciting dexterity game for the entire family. Two to four players are flicking their playing cards towards the middle of the table. But only the topmost leaf will determine the victory points. And always dependent on the amount of leaves underneath. But be careful! For when a leaf turns in mid-flight, it may be your opponent who gains the points!

for up to four friends of little, but nice dexterity games, who do not mind getting up during a game from time to time. What is special about this project? Definitely the game mechanics, and they will provide you with lots of fun. Have you not always wanted to own a game that asks you to throw around cards? 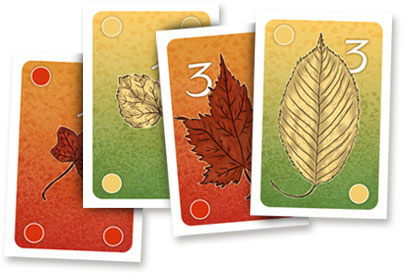 The gameplay of Blättertanz is very simple and and easy to learn, even for younger players.. One player flicks a card on the table. Then it is the next one's turn. Both aim to cover their opponent's cards with their own. After all cards are flicked, points are given to the player whose card is topmost in a pile. Points are then gained depending on the white dots on the leaf cards. The player who is first to reach a previously agreed victory point target (for example 20) wins the game. The short playing time of about 15 to 20 minutes makes the game a perfect filler game.

Little'N'Nice is a very special series of games, which can only be supported exclusively in the Spieleschmiede. Each and every title in the series is reduced to the max: Fun, game mechanics and theme. Any game in LittleNNice will contain no more than 10 playing cards as gaming material. Everything else that is required to play  for example pawns, victory point counters or dice  is normally readily available at any player's home, or can be chosen as an optional extra here.

The very simple layout of this series of small games allows us to go down to the core of crowdfounding: Pay what you want! As soon as we achieve the minimum amount of support, the game is going to be manufactured, in conjunction with the other games of Little'N'Nice that will be entering the Spieleschmiede in the coming weeks. All games are then placed on a single print sheet. This way production costs can be kept low enough to make the entire project feasible.

What do you get for your money?

The games of the Little'N'Nice series are not your usual Spieleschmiede projects. You can obtain a game for as little as one Euro, in a print&play version. A fully printed, professionally finished edition of the playing cards is sent out to you as a reward from three Euros and upwards, with only the rules still being in a digital format. However, we recommend you support the five Euro level. With anything less the amount is so small that it really only covers the actual production and shipping costs, and there is no margin for the publisher and the Spieleschmiede. Once the recommended threshold is crossed, we will also print out the rules for your.
In the optional rewards there is also a pack containing gaming material. This set of more than 60 wooden dice is not only useful for Eleven Elves help!, but can be employed with all the games in the Little'N'Nice series like Zep! or The Warriors of Well-ish. So, you really only need to support the wooden dice pack once and will then have suitable gaming material for many more games readily available. 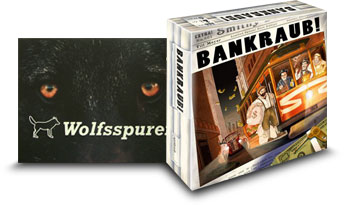 Additionally, there is the option to choose from several other games by Spieltrieb, for example the fast-playing Jets or the clever game of Eynsteyn and to support the production of the entire series in this way.

We are Spieltrieb, a somewhat unusual games publisher. Our small company is home to two game designers  Till Meyer and Nicole Stiehl.

Till is a seasoned games author with a lot of experience, who has worked for many years as a games educator with young pupils and students. During this time games such as An den Schalthebeln der Macht were developed in close cooperation with entire classes of students.

By Till's side is Nicole Stiehl, a qualified social educator and a long-standing games designer herself. Together with Till, Nicole has developed many educational and commercial games and is also fully involved in all projects of the Little'N'Nice series.

Just like in the first two crowdfunding projects by Spieltrieb, Christian Opperer is going to breathe life into the games. With well over a dozen projects and many years of experience under his belt, Christian is one of the most popular German-speaking board game illustrators, who has also participated in many projects by the Spieleschmiede.

Spieltrieb is a well-known German publisher, with a lot of experience in the development and production of board games. As early as 2012, Spieltrieb introduced a project to the Spieleschmiede, Bankraub, which was successfully funded at the time.

According to our experience and assessment, the cost calculations for the project are comprehensive and realistic. The game is particularly suitable for casual players and families and we consider an age recommendation of 10 years and upwards as appropriate.

Our goal is to be able to deliver the Little'N'Nice-series in the first quarter of 2015. Spiele-Offensive.de will handle the delivery of the rewards. Backers in Germany will receive everything shipped for free. For other countries see this postage cost table.

Please support Take it or leaf it by backing this project. You can also help us by telling others about it, posting it in your favourite forums, linking it from your website or sharing it with your friends on Facebook, Twitter or Google+. By informing your friends about the game you can contribute immensely to making the project a success. 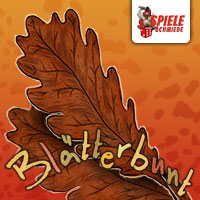 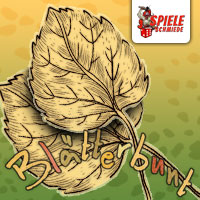 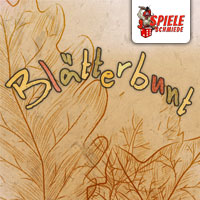 Support Take it or leaf it and help us to turn an experiment into reality!